In such a busy company, it's impossible to tell you everything we've been up to this year, so instead we've given one highlight to represent each month of 2015, to give you a quick snapshot of our year! Here's Part 2!

We headed off to the annual LACA exhibition in July, and as well as having a stand inside, we took one of our Food Cubes with us which delegates were able to have a look around. Visitors to our stand were given a special treasure map to help them hunt down the Food Cube, which was located outside the exhibition, and also have the chance to enter a lucky dip to win a prize! 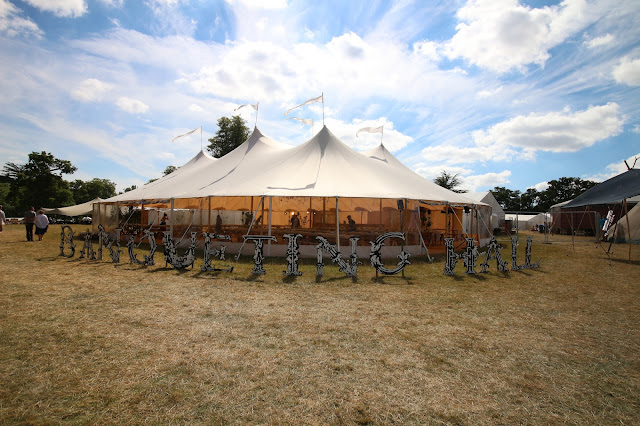 We supplied four coldrooms and over 250 items of catering equipment for Wilderness Festival 2015, spread over nine different locations on site, offering a wide range of food and dining options.

September - Getting Schools Ready for the New Term 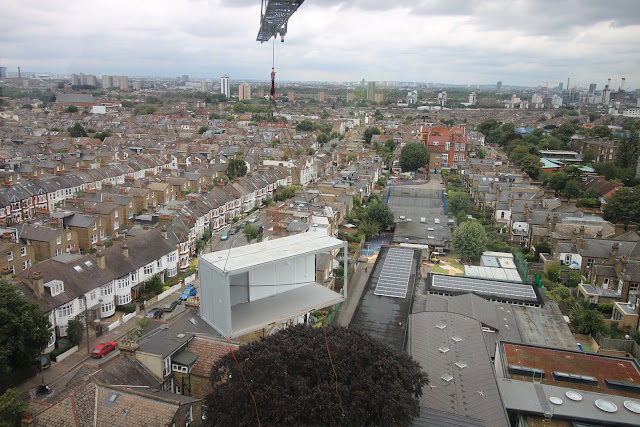 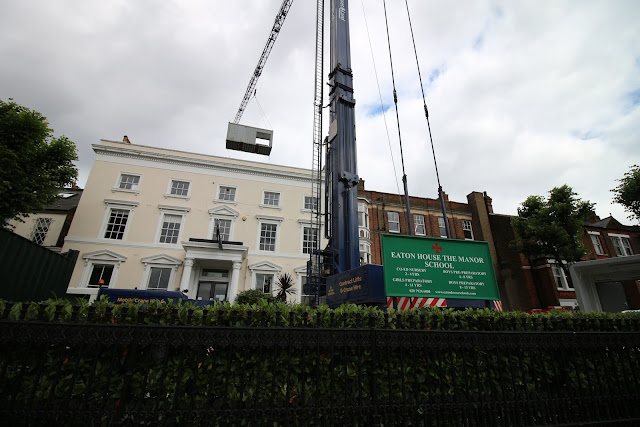 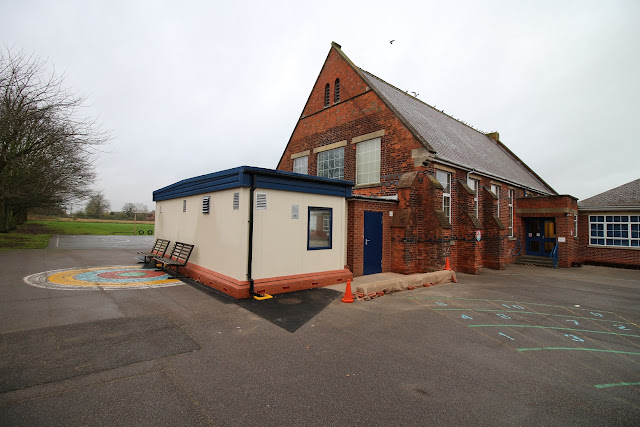 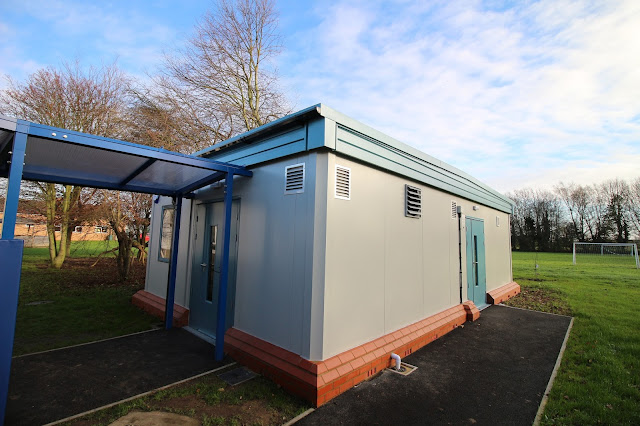 We had a busy time in August and September making sure that schools were ready to provide a meal service in time for the new term. This included lots of KitchenPods, which were installed at primary schools to make sure they were ready to provide hot school meals in September, and an impressive temporary kitchen installation at a school in London, where we had to crane lots of kitchen units over buildings to their location at the back of the school.

October - Back to the Future Day!

We celebrated back to the future day by digging through some of our photo archives to see if we could recreate them in the modern day.  While it was a lot of fun to do, we were also surprised at just how many members of staff were still around to recreate their original poses, particularly as many of the photos we used dated back to the late 80s and early 90s. You can see some more of our time travelling staff just here! 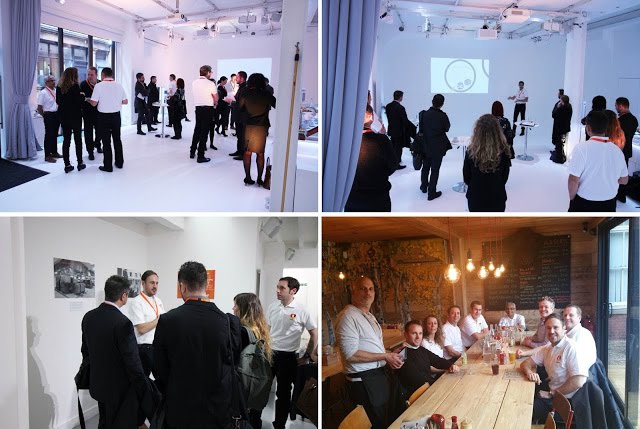 November was a hugely exciting time for us at PKL, as we prepared for the launch of a new division, U-Select. This involved the designing and launching of a new brand for the division, a new website, and preparations for the launch event, which was held at a venue called the Ice Tank in London. You can see some pictures of the launch day above, and also some of the U-Select team enjoying lunch at Burgers@N8, the first ever U-Select customer!

In December we were hugely honoured to be shortlisted for the Best Festival Support Service category in the Festival Supplier Awards 2016. This was for the work that we undertook at the Wilderness Festival in 2015 and we'll let you know in January how we've got on!

We hope that you have enjoyed reading about our 2015 highlights, and if you've not seen Part 1 of this series yet, you can read it here. All that remains is to wish you a safe and happy Christmas, and we'll see you again in the new year!

In such a busy company, it's impossible to tell you everything we've been up to this year, so instead we've picked just one photo to represent each month of 2015, to give you a quick snapshot of our year! Here's Part 1 - January to June. Part 2 to follow soon... 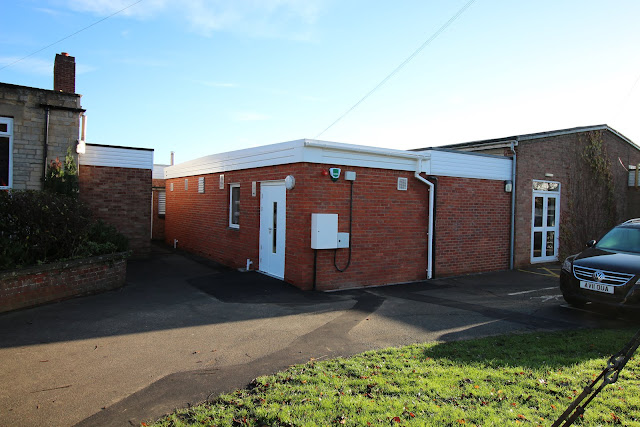 January - ExtensionPods Launch
In January, we introduced our range of “ExtensionPods” – modular buildings which can be joined onto existing buildings as an alternative to a traditional extension. They can be used to create an open plan space, or be kept as separate rooms with their own doors. The range includes the KitchenPod, PrepPod, DishwashPod, StoragePod and LaundryPod, each offering bespoke options to suit your requirements. 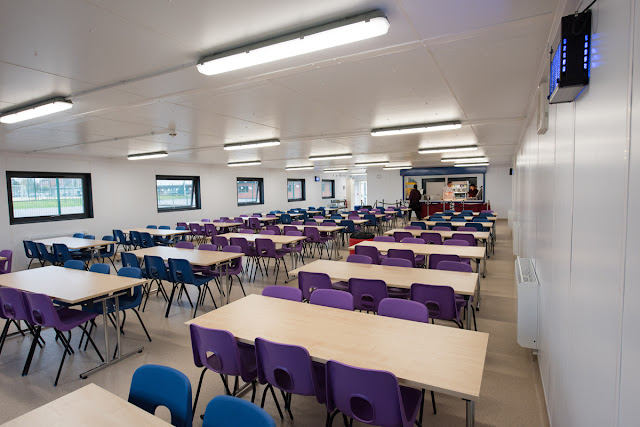 February – Food Cube Diner at Stratford-upon-Avon School
February saw the installation of our first ever Food Cube Diner – a Food Cube with integrated dining room – at Stratford-upon-Avon School. The Food Cube Diner was built to ease pressure on the main canteen when the school moved from a double to a single lunch hour and introduced a “stay on site” policy. The diner is used exclusively by Year 11, but it also has an external serving hatch available for use by other year groups. The dining room is also used by clubs and as an exam hall when not in use. 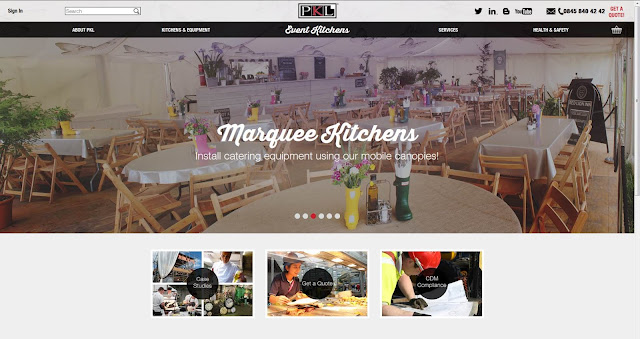 March – New Event Kitchens Website
In March we launched our brand new event kitchens website, dontforgetthekitchen.com. This website is designed specifically for our event clients and offers an instant online estimate system as well as access to details of all our kitchens and equipment for hire, case studies, and health and safety information. It also gives access to crockery, cutlery and glassware from our partners at Well Dressed Tables. 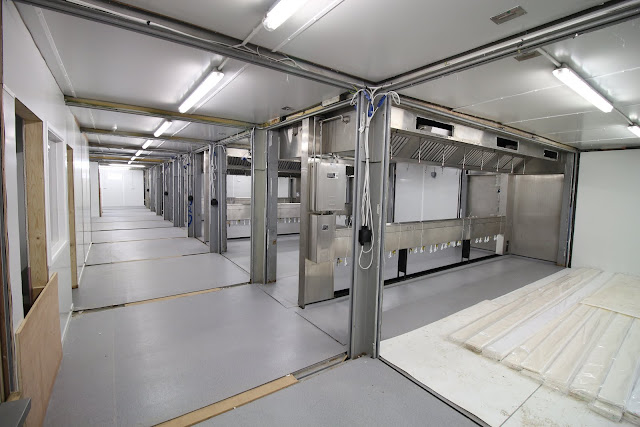 April – Large Scale Temporary Prison Kitchen
We undertook a large scale modular kitchen project for a prison client in April, who needed a 6-month temporary kitchen solution during a major refurbishment. Comprising 35 kitchen units, and with a footprint of over 500m2, the facility was initially constructed at PKL (construction phase shown above!), with the mechanical and electrical fit-out taking place here as well as the extraction and equipment installation. It was then disassembled into individual units, delivered and re-built at the client’s site ready to go. 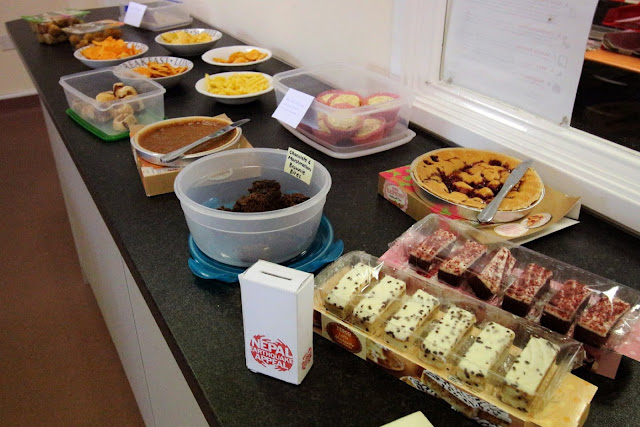 May – Cake Sale for Nepal Earthquake Appeal
At the beginning of May we held a cake sale to raise money for the Nepal Earthquake Appeal. Throughout the year, we also held fundraising events for Comic Relief, Macmillan Cancer Support, the Royal British Legion and Children in Need, raising a total of over £365 for charity. 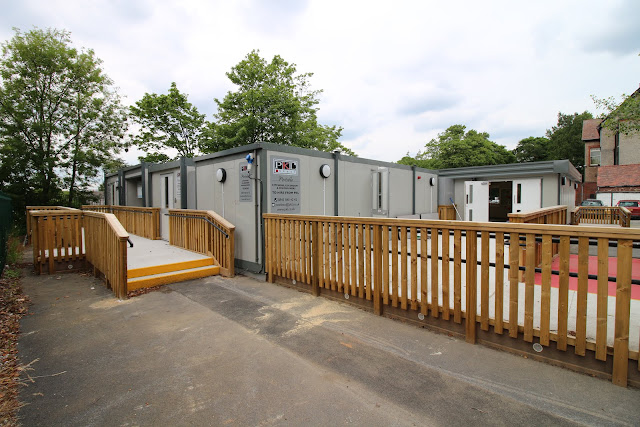 June – Temporary Kitchens at Cavendish Primary School
In June, we installed a temporary kitchen and dining facility at Cavendish Primary School in Manchester. As well as areas for preparation, production, dry and cold storage, and dishwashing, the large facility also features a dining hall, staff room and toilets. It will be on site for 18 months while the school’s old facilities undergo a major refurbishment.

Wednesday this week saw the launch of our brand new U-Select division! A result of our 27 years of expertise in the sector, U-Select offers a range of six new product options enabling businesses of all sizes, from start-ups to large organisations, to procure catering equipment in an easier, more flexible way to suit them.

Products
With a variety of contract lengths, payment options and procurement types available, each product has been developed to suit different business requirements and to help make great catering equipment accessible to an even wider range of businesses. 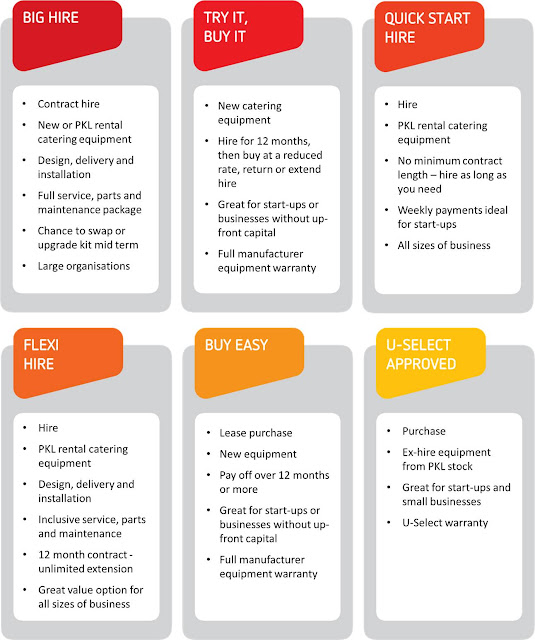 In response to customer demand, the new products also include options suitable for new or smaller businesses with limited upfront capital. With options including leasing, weekly payments, short-term rental contracts and “try before you buy”, U-Select offers a huge amount of flexibility to suit different business requirements.

Example Designs
As well as outlining details of the six different products, the new U-Select website also includes design examples and pricing for five popular kitchen types: coffee shop, sandwich bar, café, pub kitchen and restaurant kitchen. Clients needing a bit of help specifying their kitchen can use these examples as a starting point, and our expert team are also on hand to offer advice if required.

The Launch Event
The launch event itself took place at a venue in London, with members of the press and PKL staff able to watch presentations by PKL Managing Director Lee Vines, and Anya Marco from Allegra Strategies, who spoke about the latest trends in the coffee shop market. 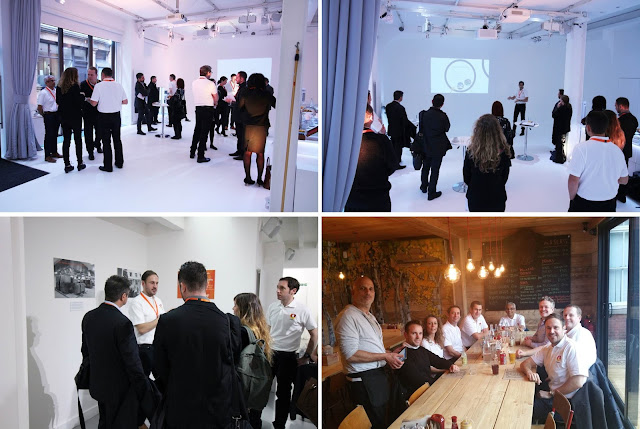 Following the launch, PKL staff headed across London for lunch at Burgers@N8 – our first U-Select client! Watch the video case study here and see how U-Select has helped this popular new business get off the ground!